Learn Easier Study Better was created with middle and high school students, online learners, and adult learners returning to a student role, in mind. Typically these types of students are the ones who most need to learn how to develop their ability to learn independently, boost their confidence in their abilities and basically learn easier and study better. However anyone who feels that they could improve their learning and study abilities will benefit from this course.
This course helps these students accomplish exactly this in two main ways. First, it will increase students' meta-cognition. This is the ability to think about one's thinking. Thus students will learn to recognize what it is that they do that helps their learning as well as what they do that hinders their learning. Secondly, this course encourages students to develop a growth mindset. A growth mindset includes perseverance and a "can do" attitude. A growth mindset is more indicative of success than IQ!
In this course you, you will learn to improve and maintain your motivation and attitude toward learning, understand the learning process, increase your confidence in your learning, and learn an assortment of tricks and strategies to help you learn and study more effectively. This is taught through standard videos, narrated slideshow videos, handouts, reading texts, and key concept visuals. Students will learn through repetition, reflection, and using the three modes of learning (auditory, visual, and kinesthetic).
It should take a student 4-5 hours to complete this course. This time lime includes watching the videos, reading and viewing the text materials and doing the handout exercises. The benefits of the work that you will do in this short time will be felt throughout your life!
If you or someone you know is interested, check out my course landing page!
Posted by S Hernberg at 12:35 No comments:

This summer, I reread Willpower: Rediscovering the Greatest Human Strength by Roy F. Baumeister and John Tierney. This book basically discusses willpower in terms of self-control and self-regulation.The one chapter in this book that is most pertinent to raising children would be “Raising Strong Children: Self-Esteem Versus Self-Control”.

The biggest point that the authors make is that in the 1980's there was a big push to raise children’s self-esteem so that they would succeed better. But as more research was done, it was discovered that high self-esteem did not result in more success and better achievement. This initial assumption had it backwards because what was really at work was that when children experienced success and accomplishment, it raised their self-esteem. In fact all the general praise and recognition that we have given children when success and achievement was not even there has actually caused the societal problem of narcissism. The authors define narcissism as, “the self-absorbed conviction of personal superiority.”

Narcissism has been on the rise in North America for decades. What is the problem with narcissism? This chapter lists some of the big issues such as professors complaining that students feel entitled to high grades without having to study, and employers report problems with young workers who expect to have all the benefits of a high level executive job without actually paying their dues. In fact, news reports have stated that the under 34 age group has the highest rates of unemployment and college professors and teachers have also complained about parents expecting their children to get high grades without earning them. One documentary that highlights the issues of narcissism in today’s youth is CBC’s Hyper Parents, Coddled Kids.  Although it does not use the word narcissism, as you watch it you can see that narcissism runs rampant in the examples that it highlights.

In this chapter, Baumeister and Tierney point out how the Asian parenting philosophy actually promotes self-control and results in the youngsters raised in this manner outperforming their peers, even outperforming their peers with higher IQs, which was once thought to be indicative of success. Youngsters raised in this manner do not exhibit high levels of narcissism. Typically, Asian cultures expect a higher level of self-control from their children even at an early age. An example would be expecting toddlers to be potty-trained at younger ages. As well, delayed gratification plays a large role in raising children. Not giving their children a big-ticket item until they have achieved a particular accomplishment.  Mothers who emigrated from China most frequently mentioned setting high goals, enforcing tough standards, and requiring children to do extra homework.
Following the discussion on Asian parenting styles and their flourishing children, the authors then bring up examples of low expectations of American raised children that has allowed the nanny reality television shows to boom.  These nanny shows typically show a home where the children are running wild and then a nanny comes in and establishes structure and discipline that is consistent above all else but also as immediate as possible. Consistency is the most important rule of discipline. The consequence itself does not need to be over the top. In fact it can be as mild as some firm words. It is good to have the consequence follow the misbehaviour as soon as possible for it to be as effective as possible.

This chapter also points out that “nearly all experts agree that children need and want clear rules, and that being held accountable for obeying the rules is a vital feature of healthy development.” As well, children need monitoring   to develop a healthy sense of self-control. It has been found that a lack of adult supervision during the teenage years turned out to be one of the strongest predictors of criminal behavior. Children whose parents keep tabs on them are less likely to use illegal drugs. Parental monitoring helps kids develop self-control when parents remind and expect their children to behave according to standards that have been expressed and taught at home. Controlling one’s attention is also a crucial part of developing willpower. Television, even if it is quality programming does not teach people to control their attention. Reading, role play games, and other games that engage a child’s attention and focus for longer periods of time will help children learn to control their attention. That is a lot of valuable information packed into one chapter for parents, caregivers, and educators, to dig into when improving their ability to raise children with a healthy dose of self-control. 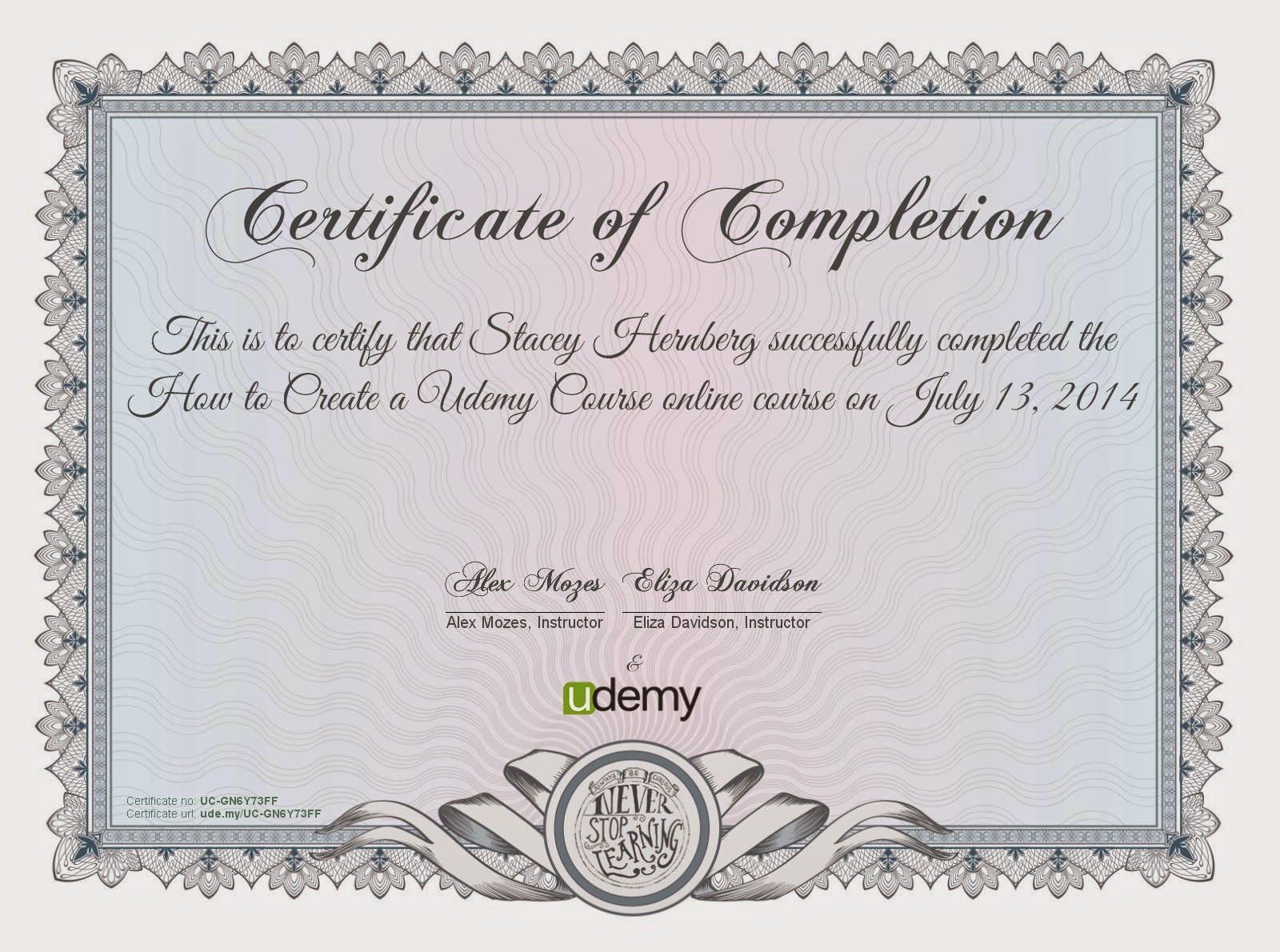 Two years ago, I decided that I wanted to create an online course. I knew what I wanted to teach but I did not know how I could teach it online. Then a year ago I heard about Udemy. After checking it out I realized that this would be the perfect platform for my course! So over this past year, I have been researching, planning, and writing my course. As well, I took a course on Udemy on How to Create a Udemy Course.

The easy part is done. Now I am working on getting my course published. While writing the course I was in my element. I had been researching learning and study skills for well over a year and I am very passionate about the idea of empowering students to become more independent and in-control of their learning. Now I am plugging away at the technical aspect of creating and editing high quality videos. Ironically, I have had to take my own advice that I give in my course on maintaining my motivation, improving my confidence in my abilities, and being patient with my learning process.

When I feel stuck, I turn to three options. One, I go back to my notes or the course itself. Two, I take a break and turn to the new and improved Udemy course How to Create Your Udemy Course. After all, repetition is key! That is another key concept in my course, Learn Easier Study Better. Third, I sleep on it. Sometimes for more than one night. I think that I'm over the toughest part. So hopefully my next post will be when my course is done. Or if I need another breather, it will be on one of the books that I read this summer. Wish me luck!
Posted by S Hernberg at 15:34 No comments: